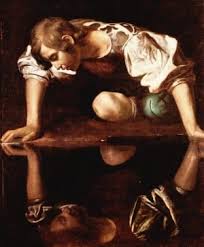 On the other side of heartbreak
is a street that’s paved with hope –
one that I have walked in my dreams
when no one else could see.
I’ve carried broken pieces of that pavement
into the ev-er-ry-day-world,
kept them in my pocket
to feel and hold
when the ground beneath my feet
began to disappear.
I held those pieces tightly believing
it possible to squeeze hope from a dream stone
but all that came from my effort was a soreness.
Still I did not throw them away.

I revisited the street called hope
as often as my dreams would allow.
I gathered more pieces so tightly
that I awoke clutching my pillow
or my lover
until I longed for more sleep
so that I might dream again of that beautiful street called hope –
always vacant and waiting just for me.
So I stared into the hopeful street and began to see
a form of what I had always wanted to be
and I memorized that version – the features, expressions, the hair and eyes, the perfect body –
so that I might appear to others in that way,
the total me in the street called hope.

I knew that we should talk
so I asked how I could be exactly like that
but there was only a smile, and an extended hand
appeared out of the road. It gave me a promissory note
that said I could buy that model for a piece of my flesh
so I looked at my arms, my hands, my legs, my extremities
until my eyes landed on the parts that I treasured most –
the ones to which I cling when I am afraid – and
I tried to pull at my flesh, to remove it, to take it off,
but each time it would come back so that I was never able to
fully extricate those parts that would allow me to possess
the version that lived in the street called hope.

Desperately, I asked if we could simply trade places
so that instead of offering parts of my flesh I could give all of me
and the smile turned into laughter
like the mocking of children on a playground,
or the jeers from the fans in the crowd,
or the disapproving looks from a parade of faceless superiors,
till I raised my fists to strike them all but they would not leave.
So I sat in the middle of the street
crossing my arms and legs with tears on my face
wondering why something called hope should bring such fear and pain,
why it would deceive me, demand my flesh
or my life, and then laugh at the only thing I had to give.

I conjured one final offer,
to go inside myself and gather
everything from my past so that I could
give my mistakes, successes, memories, failed relationships,
bad debts, and what wealth I had attained, along with my talents and skill,
and then bring it all to the one in the street called hope so that
maybe that image – my perfect self – might reappear.
But I could not work hard enough or search far enough to catch up to the past.
For as soon as I had gathered everything that I could
I realized
I had lived another moment, hour, or day
and now there was more past to gather
so that the one in the street called hope would not appear –
only more laughter – and I wanted to cry again
but there were no more tears
for this elusive me.

I had searched for and grieved both my perfect past and future tense,
and found no person at all in the street called hope
and the so-called street was nothing more than the backroad of paradise.

Now fully awake I saw my imperfect present tense,
not some illusory archetype from my own myth narrative,
just me with the scars on my flesh
from trying to buy the one in the street called hope –
the one who had been constructed by those laughing, mocking,
expecting spectators who needed me to be what they could not become –
and I smiled, embracing myself, touching my flesh with joy,
and in that moment I loved all of my parts and their scars as being
enough for now.

I am a writer, singer/songwriter, and public speaker. I am married with three married children and nine grandchildren. I love books, music, art, travel, good food and drink, and of course - you, my friend. For most of my professional life I was a pastor and educator. I've combined these interests to explore the intersection of faith, art and life at The Crossing Places. View all posts by thecrossingplaces - Ken Shelton

On Amazon Prime “52 Weeks of Gratitude” Click Now to purchase $5.52